1 Sangandaan For Sale in Quezon City Metro Manila With Price

0 Units - Rent To Own, Preselling, Ready For Occupancy Projects For Sale or Rent 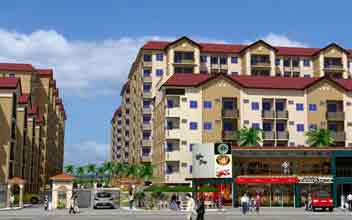 This district named after the legendary Filipino hero, Melchora Aquino with Tandang Sora as  her pen name. This is situated from Commonwealth to the east, SFDM to the west, North Avenue to the south and Fairview-Sauyo to the north. Some subdivisions include the following: San Pedro Subdivision, NIA Village, NPC Village, Philand Subdivision, Villa Corina, Capitol Homesite Subdivision, Pleasantview Subdivision, Sherwood Heights Subdivision, San Miguel Village, JEM Subdivisions, Gloria Subdivisions and a lot more. Project 6 and Project 8 areas are just a few minutes away here. If your place of work is along these major thoroughfares areas such as Congressional Avenue, Visayas Avenue, and Mindanao Avenue  - then you would not have problems in traveling or commuting since you will be passing through these major avenues. If your children desire to have college among University of the Philippines DIliman, ATENEO de Manila University or Miriam College, New Era University, Colegio de San Lorenzo and St. James College – it will be convenient since these schools are just nearby the area.

Major retail centers like SM City North EDSA, The Vertis North and Trinoma and UP Town Center are a short drive away. Even BPO companies in ETON Centrist and UP Ayala Techno Hub are as well as the biggest broadcast communication centers such as ABS-CBN and GMA networks are just minutes away. Also, U.P. Ayala Techno Hub and Eton Centris that are teeming with BPO companies and call centers offer career opportunities for fresh graduates or those who are in the middle of their careers and want a shift. Tandang Sora is also at the center of many convenience stores, fast food chains, salon and spa centers, supermarkets and transport terminals. A few minutes away are the specialized medical institutions and government offices so everything is easily accessible here.